Earlier this spring I had the chance to visit a delightful French bistro on the east side. I typically don’t dine on this side of town but with the Q train functioning it’s becoming more of a destination for west siders like myself.

Paname bills itself as a contemporary French restaurant. Having spent a lot of time in Paris the past 18 months, I was trying to feel like NY doesn’t do French food as well as it could. However, I must say this place would fit right in among many of the restaurants I visited. The space isn’t particularly large but it had an airier feel than most NY restaurants or Parisian bistros where you’re typically packed right next to the other diners. We had a delicious sampling of treats while we were there. The Baby Octopus with Haricots Blanc was my favorite starter. 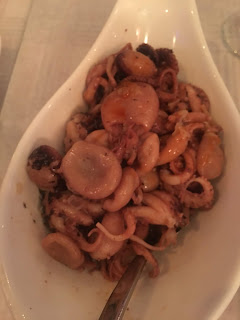 It had a tangy yet rich flavor to it that kept me going back for more. I was surprisingly pleased with the Pate Maison aux Cornichons. 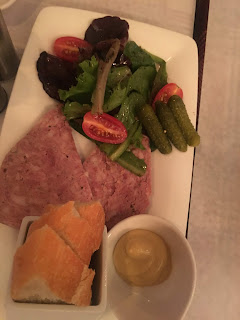 In fairness I’m not generally a big pate fan so the bar is usually set pretty low for me. The real highlight of the meal were the entrees. Bouillabaisse is not something I’ve had at other French restaurants. 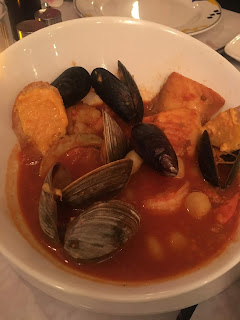 This one was jam packed with fresh and flavorful shrimp, cod, clams and mussels in a saffron broth. The thing about bouillabaisse is you can really miss the mark of the broth is too thick or too thin. This one was perfectly flavored and when I finished my seafood, I was happy to dip the bread in the rich bounty of sauce. After stuffing myself silly with bouillabaisse I was barely interested in anything else. But then the duck arrived! 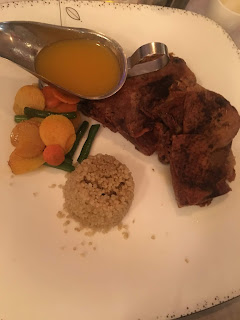 I was a bit skeptical at first because I’m used to a citrus sauce but this was served with a mango coulis. I’m not sure what the chef was thinking, but he nailed it! There were an assortment of delectable desserts and I sampled most of them. I don't usually go for sweet treats, but with this spread it was tough to resist. 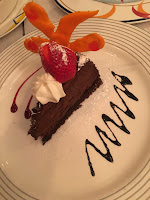 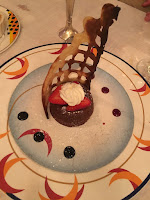 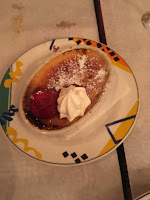 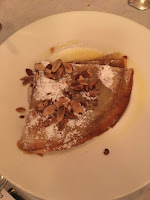 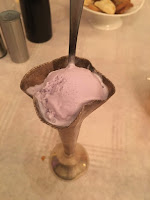 I went home with a renewed appreciation for French cuisine in New York. I have already planned my next visit and look forward to a delightful return to Panama!