My guest blogger got hitched to one of my best friends last year. Since she had to celebrate her impending nuptials in style, she decided to make it happen in NYC. It was a ridiculously fun weekend and I wish we could do it all again!  The weekend started with a fabulous  dinner and show at Lucky Cheng's.  We ordered the family style dinner so a lot of delicious items started arriving on the table. Since we were famished, I had to dive in as soon a something landed on the table or risk it disappearing.  The Fried Veggie Spring Rolls were the first to arrive. 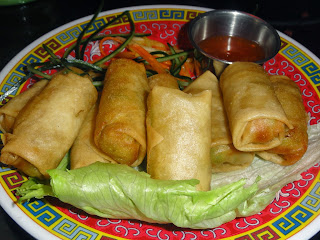 I wasn't particularly impressed.  They looked crispy but the inside was filled with mushy vegetables.  I was much happier with the Glazed Chili Lime Chicken Wings. 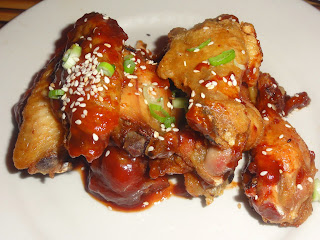 They were packed with flavor and definitely a table favorite. The Chicken and Mushroom Dumplings also got some love. 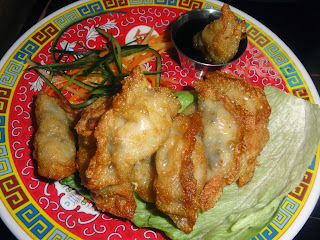 The dipping sauce was a simple sesame but really helped pull together the flavors.  As they started giving us previews of the show, our entrees made their way onto the table.  The Five Spice BBQ Chicken was an instant hit. 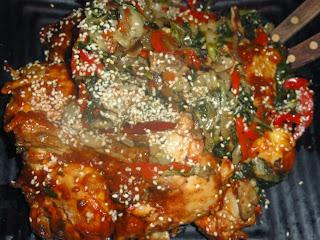 The rich tangy flavor was exactly as I imagined it.  It tasted even better when mixed with the Lucky Cheng's Veggie Fried Rice. 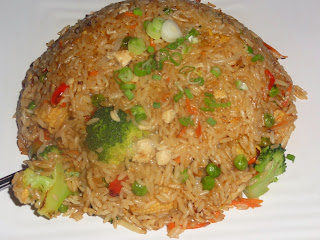 The rice was perfect for carb lovers like me, but also loaded with vegetables which tasted as though they were seasoned and cooked with the rice...not just thrown in as an afterthought.   I was not nearly as impressed with the Wok Seared Coconut Chicken. 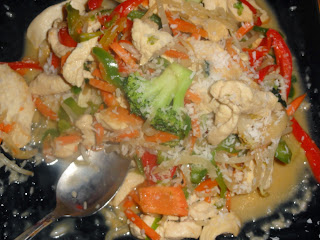 It lacked flavor and chewing it was not worth the effort. Overall it was surprising to get a decent meal when that was definitely not the highlight of the place.  By no stretch of the imagination would I call this gourmet dining, but I'm glad they didn't let the food fall by the waist side.  They recently moved to near my office which is an odd location but could make for some interesting summer associate events....