I love Indian food yet I find myself ordering take out rather than going to restaurants. So when I was invited to a press dinner at The MasalaWala, I was thrilled! The restaurant is understated and seats less than 30. The cuisine focuses on Indian street food. My mouth immediately started watering when we received the menu. The Kolkata Gobi Manchurian immediately stole the show. 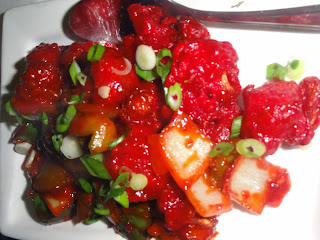 I don't know why I've never experienced such deliciousness in my life. The cauliflower was crispy and to some extent it was difficult to tell it was cauliflower. The blend of Indo-Chinese spices made this reminiscent of a high class general tso dish.  I was also a big fan of the Lamb Kakori Kebab. 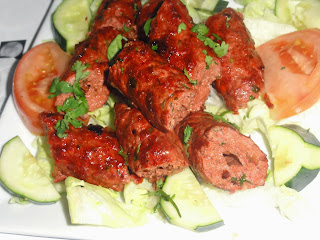 In the last year lamb has reappeared in my diet and this was probably the best I've eaten. The lamb is imported from Australia, home of the world's best lamb. It is triple ground so it's incredibly tender then grilled in the Tandoori. Simply to die for! The Chicken Tikka was a close second. 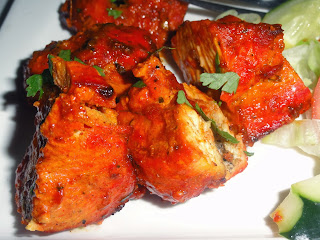 The small chunks of chicken were marinated overnight which definitely showed in the depth of the flavor. They were then grilled in the Tandoori which cooked them to perfection. The samosas were standard fare. 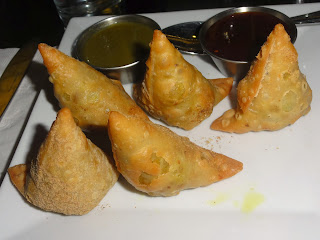 Definitely well seasoned and thankfully not overstuffed but with so many other interesting dishes on the table it was not the star. When the entrees started arriving my nose was having a party thanks to all the amazing aromas. I absolutely loved the Nawabi Lamb Biryani (bottom left). 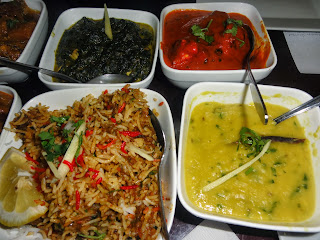 The lamb was just as tender as the Kebab. The rice was also cooked to perfection. The blend of flavors was what made it so amazing. I definitely had dreams about the biryani the following night and fully intend on calling in an order whenever I'm in the neighborhood.  The Chicken Kali Mirch was another great dish. 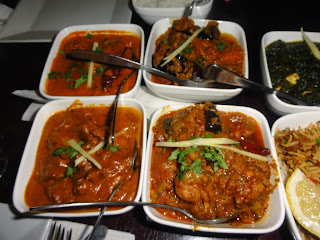 It had a unique flavor unlike anything I've tried before. The black pepper chicken was blended with a variety of spices reminiscent of curries I've tried before but with an extra kick.  The Lamb Pasanda was spectacular.

I really tasted the difference in Australian lamb than what I've eaten elsewhere. I had high hopes for the Shrimp Malabar. The flavors were right but the shrimp was slightly overcooked, almost tough.  The coconut curry was mild with slight tamarind undertones.

Overall, I was quite pleased with the selection at The MasalaWala. The mix of new dishes and familiar staples was refreshing. I had to leave before dessert so I will definitely be back to try it out!