It's the most wonderful time of the year! The Super Bowl of cooking is here! Thanksgiving is the BEST holiday EVER! I love my family and spending Thanksgiving with them is fantastic.  But, I also love my friends. So this year, I decided to get the best of both worlds by hosting a Friendsgiving a few weeks before Thanksgiving.  It was an awesome treat for me because I love cooking, eating, and hosting.  I tried a couple of new recipes, but also had many oldies but goodies in the mix.  I think there was something wrong with my camera, or perhaps I just got too excited about the food that I didn't get a chance to take a picture of certain dishes.  The recipe posts will hopefully come later, although last year I never got around to posting the recipes.  Without further ado, below are some of the delicious treats that were part of the feast.

The appetizer selection included two types of wings. Spicy BBQ on the right and Jerk Wings on the left. 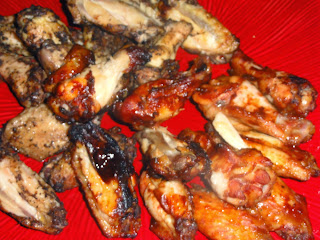 Mr. N got quite the shock when he took a bite of the Jerk Wings without realizing what he was getting himself into.  I was patting myself on the back for the quality of these Crab Cakes. 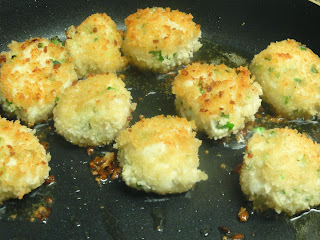 I must have been patting with both hands, because I didn't remember to take a photo after they were plated.  le sigh. I will say the Marylanders approved so I must have done something right :) The Shrimp Dumplings were also a hit. 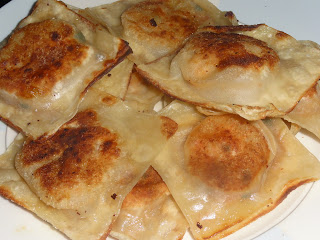 Ms. O was kind enough to construct and fry these crispy delicious bites. She also mixed the accompanying sauce which was terrific.  After the appetizers, the many parts of the main course were served. It's not Friendsgiving without the Turkey! 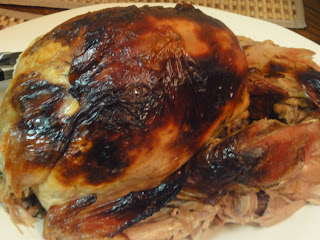 This one was Honey Brined and fall off the bone good. Cooking turkey in a bag is really the way to go. I also served Drumsticks with peppers and onions. 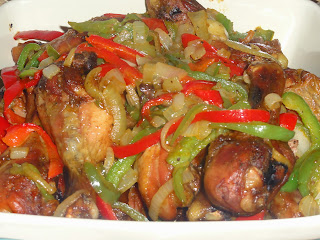 Ms. H was convinced this was sausage....I guess the peppers threw her for a loop.  To compete with the poultry, I also served Salmon. 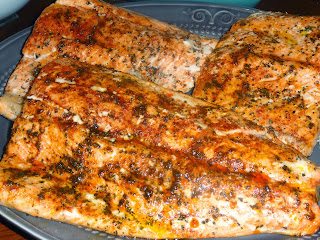 Whole Foods was having a sale on Coho Salmon that week, so once Mr. M mentioned it, I decided to incorporate it into the menu.  I think most will agree that the sides are truly the stars of Thanksgiving. This was definitely the case at Friendsgiving.  By far the most popular was the Sweet Potato. 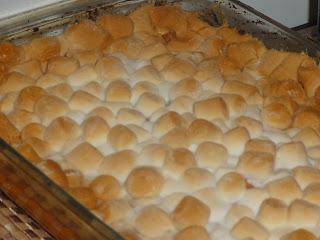 I served one with marshmallow topping and the other with streusel. I didn't get a chance to photograph the streusel so I'm using a photo from last year. 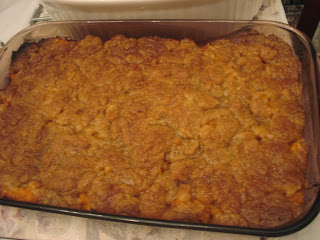 There were plenty of debates through the night about which was best.  I think a little bit of both is the way to go.  For those who only enjoy the classics, I also served Mashed Potatoes. 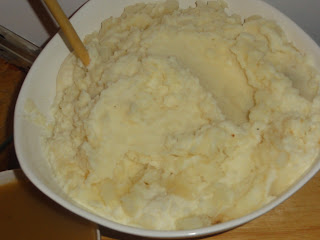 I was afraid I wouldn't have enough carbs so I made two pastas.  The Baked Mac and Cheese was a hit, primarily because of the potato bread crumbled on top. 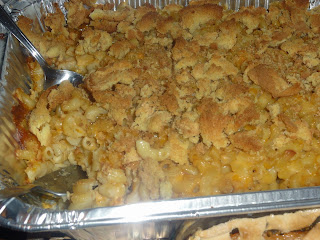 The lasagna also got a lot of love, but unfortunately none from the camera.  Here's a picture from last year. 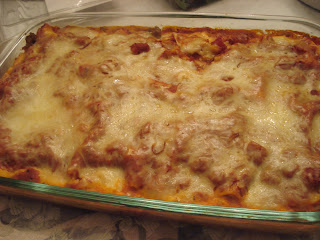 I can't make pasta without also including rice, so of course some Jollof Rice was absolutely necessary. 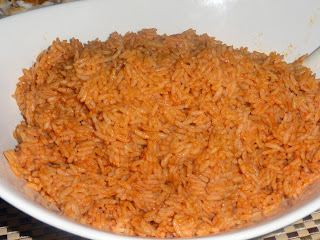 And by some, I mean 8 cups of rice.  We also had quite the bounty of vegetables.  Two types of spinach. Creamed and Sauteed. 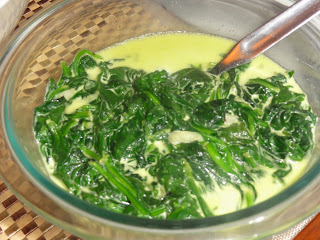 The Sauteed Spinach was one of the last items to come out so unfortunately no photograph.  Similarly the Broccoli and Cheese was still in the oven when I put my camera down. I did capture the Collard Greens which were slow cooked for about 6 hours. 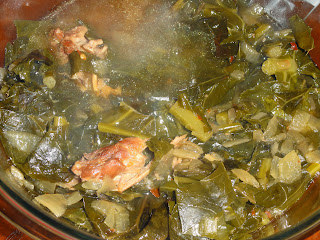 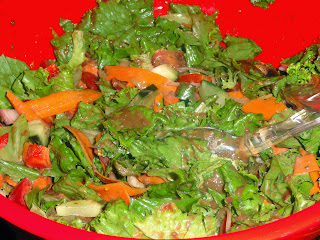 All that food took a lot more time than I anticipated so I could only offer one homemade dessert.  Pumpkin Ginger Cheesecake! This year, it didn't crack. 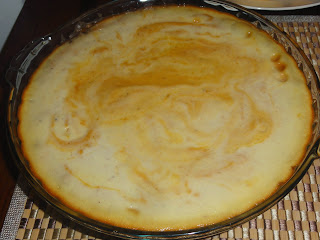 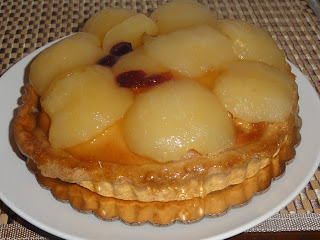 Seriously a lot of dessert... 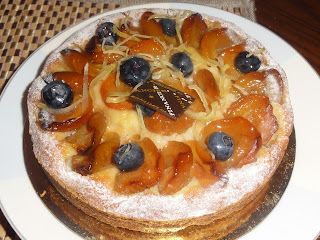 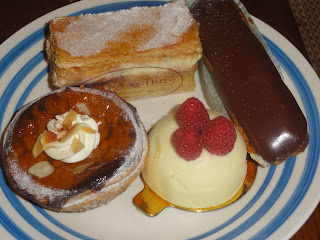 It really was a lot! 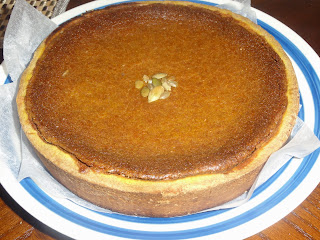 This Friendsgiving day feast was everything I hoped for and more. Ms. O was an amazingly awesome sous chef in so many ways. I am incredibly blessed to have such great people in my life and I hope this Thanksgiving you also Count Your Blessings...