A few weeks ago I had the pleasure of dining at Sel et Poivre a reasonably priced French bistro on the Upper East Side.   On that particular Thursday, the restaurant was bustling.  There were a number of people standing by the bar and they eventually dissipated, but many of them ended up staying for dinner.  I was fortunate to be there for a press dinner so I was able to try several items from the Tasting Menu.
We started with a Fish Soup, which is a puree of red snapper, shellfish paste and other fantastic spices.  It originated in the South of France and was delightful.  It was even better when topped with a little slice of bread, swiss cheese and aioli. 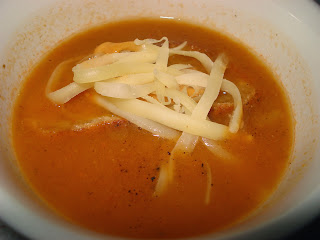 The Fish Soup was a great starter, but I was even more pleased with the Celery root remoulade with red beets. 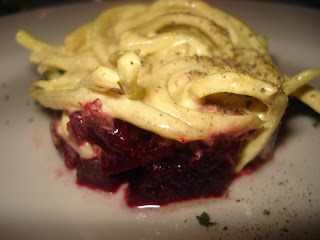 I was a little reluctant about the remoulade, but I loved it. Of course the beets also made my mouth very happy. The dish had a nice bite to it and I definitely finished every last bite.  I was even more pleased with the Skate Fish. 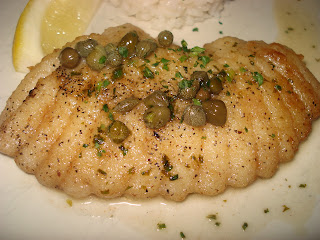 It was very aromatic and I felt like I could taste it just based on the smell.  It was cooked with butter, lemon and capers and served with basmati rice.  This was definitely a winner. I can see myself returning for this dish.  The fish was so light and cooked just right.  The Calves liver a la Lyonnais was a new one for me. 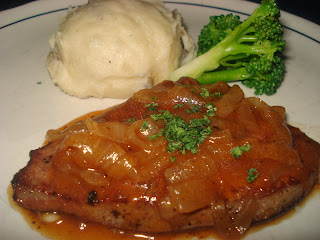 Since I don’t eat beef, I can’t actually remember the last time I ate liver.  I know as a child I was a fan, but all I could think while cutting into this was poor calf! L However, I was actually really pleased with the taste.  I probably would not order it with so many other options on the menu, but if someone else ordered it I would definitely have a couple of bites. The mashed potatoes were also really good!  After that many courses, I was starting to get full until the server said my favorite word, “dessert!” We were treated to a delicious Terrine de Chocolate. 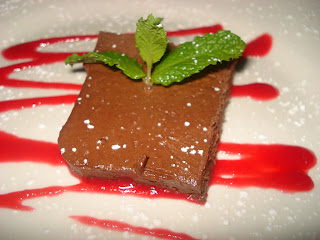 I've always wondered why chocolate is constantly paired with raspberry.  This was one of those times where I completely understood.  The two flavors complimented each other so well, it was definitely a match made in kitchen heaven.
I waddled out of Sel et Poivre happy as can be. I have spent a couple of weeks thinking about the amazing Skate Fish, incredible Fish Soup and that flawless Chocolate Terrine. I highly recommend Sel et Poivre if you’re looking for a great bistro serving French food without the fuss.
Hungry yet?