Since I hit the 300th post milestone a few days ago, I was reflecting and looking over my posts. Sadly I realized that I barely have any recipes for this year. I started the year working far more hours than I intended so it's only right that I was spending most of my time eating outside of my home. I have managed to cook a few things in the last couple of months so I'll try to post about those first. But I must admit there are at least 4 restaurant posts up my sleeve!  Still climbing the charts on urbanspoon ;-)
Anyway...a few weeks ago after leaving my Borella's place, I was famished. I guess I spent most of the day hangin’ out and didn't think about food until I decided to go home. Even though I was starving, all I could think about was the slow cooker. I decided to make some stewed chicken and potatoes. 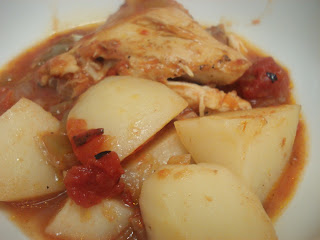 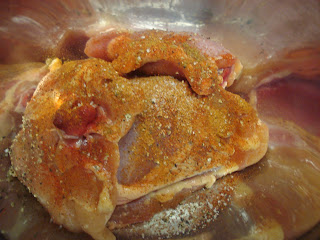 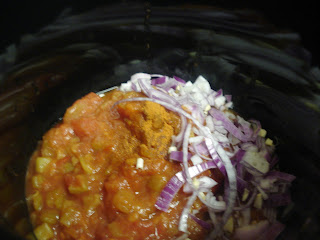 Note that very little water evaporates from the slow cooker so if you want this thick instead of soupy, you should drain the tomatoes.  Cover the slow cooker and cook on high for 3 hours. 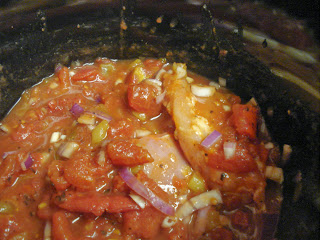 While the chicken is cooking, season the potatoes with the same spices as the chicken. 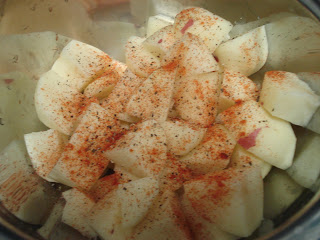 Add to the slow cooker after 3 hours then cover and cook for another hour. 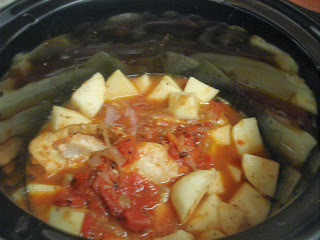 Make sure to tuck the potatoes under everything to make sure they cook well within the hour. 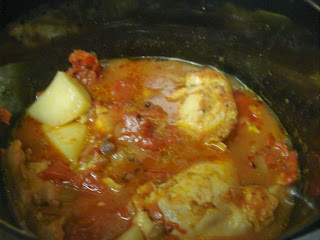