My love for food is no secret.  My desire to attend food events is also pretty public considering my weekly food news post.  While I want to go to almost all the events I list, it wasn't until yesterday that the stars aligned and I was actually able to make it.  I signed up to attend the Epicurious Lunch Break at Soho Mansion.  While I've had a pretty hectic week at work and I wasn't sure I would make it, I figured it would be better to buy the ticket and miss out than for the tickets to sell out.  As soon as I got the chance, I darted out of the office and arrived at the Soho Mansion about 20 minutes later. 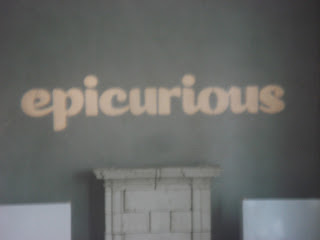 I walked in and was immediately thrilled that there was no line.  I went up to the third floor and was excited at the scene.  The desserts were the closest table, but I resisted the urge and instead explored. 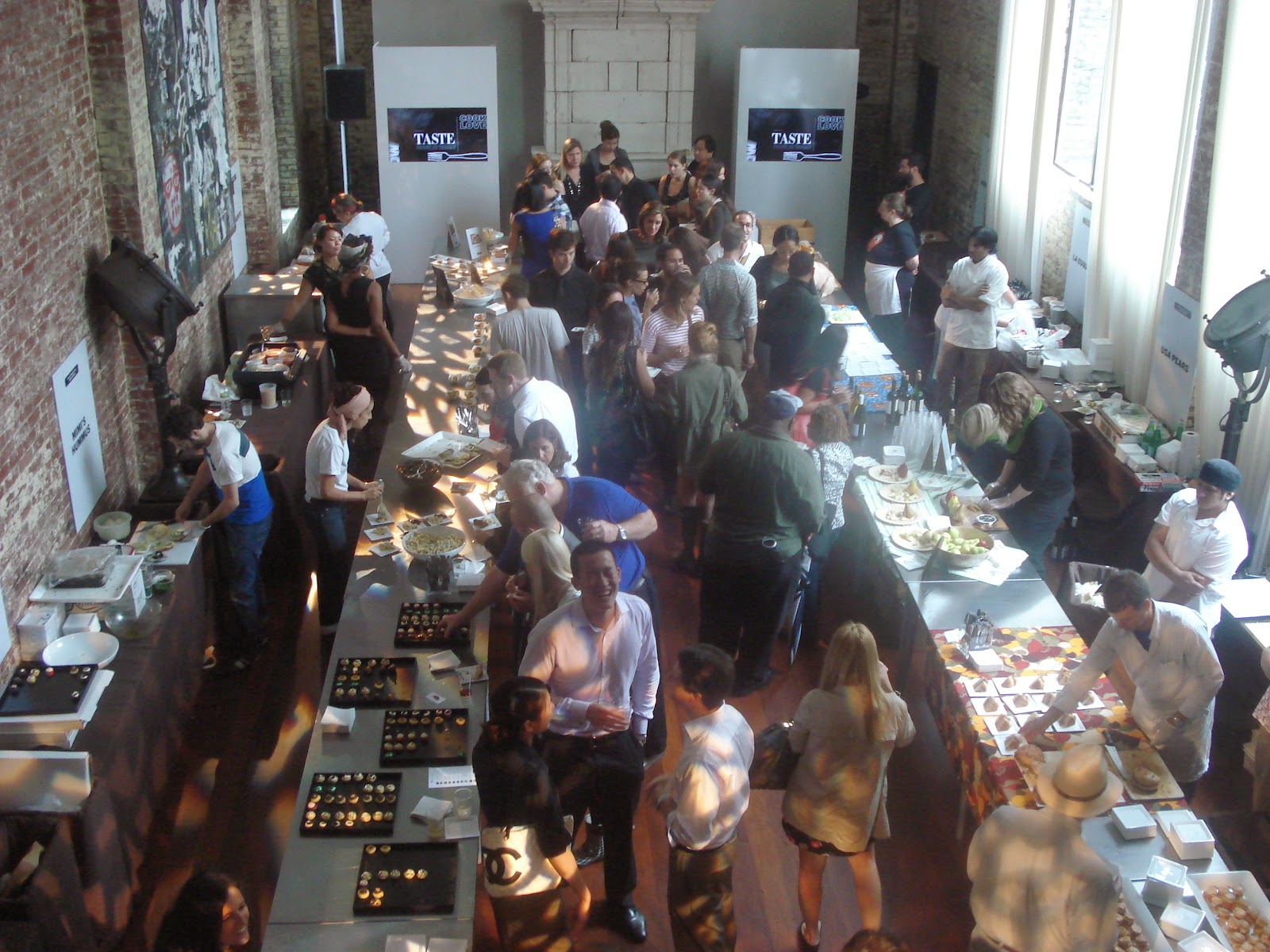 Much to my dismay, the vast majority of offerings were beef or pork.  Obviously I was not able to indulge in these delightfully looking treats, but that doesn’t mean that I would leave you without images of them.
There was also a vegetarian display from Mimi’s Hummus.  I had every intention of trying it out but never quite got around to it.
After circling the tables and seeing all that beef and pork I was THRILLED to see Pies n Thighs.  I’ve read about this restaurant before and could see myself taking trips to Williamsburg just to get a small taste. 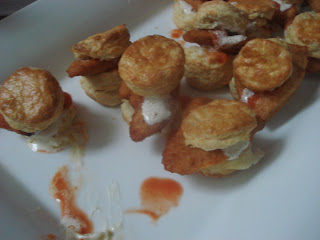 They served their chicken on a biscuit in miniature form.  It was amazing! A splash of hot sauce and some other white sauce was in there too.  I definitely ate at least 5 of them. 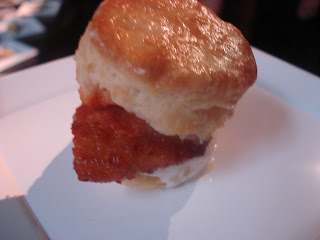 After feeling like I had a solid amount of food in me, I decided to tackle the dessert tables. 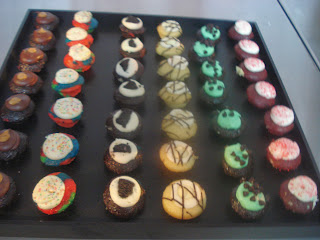 The displays were great and while I wasn’t able to eat every thing I saw, I did sample the mini red velvet cupcake, chocolate chip cookie, cinnamon graham cookie, pumpkin whoopee pie and pumpkin whoopee pie.  All the desserts were remarkable and I was so sad to leave. 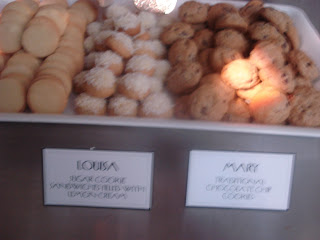 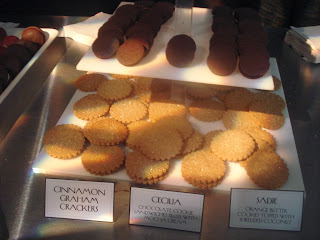 I waddled my way back to the office and could barely think about food for the next couple of ours.  I was thrilled that I could escape from the office even if I was only able to eat fabulous treats from Pies n Thighs and the magnificent desserts from One Girl Cookies and Baked by Melissa.  There are still other events going on this weekend, including a taste of the dishes you can expect at Red Rooster by Marcus Samuelsson.
Hungry yet?
Posted by Lady T at 3:13 PM