I can't say it enough times how much I love my Crock Pot slow cooker. I never knew I could get so much use from it! Earlier this summer I was in a grilling mood but with NYC's harsh anti-grill law, I had to use my indoor tools. I was in the mood for some BBQ but in different form so I decided on pulled BBQ sandwiches. I don't dig the swine but I bet this recipe would probably work well with the other white meat. 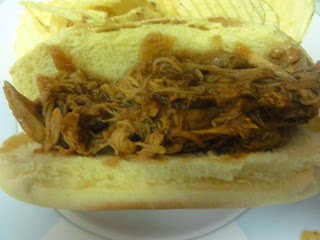 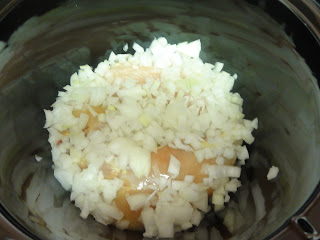 Pour the BBQ sauce so that it covers the chicken. You may end up not using the entire bottle depending on which pieces of chicken you use. 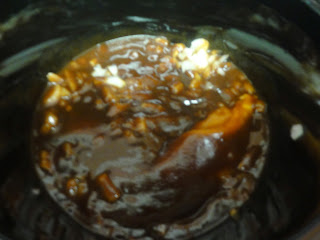 Turn the slow cooker on high and cook for 3 1/2 to 4 hours.  Once the chicken is cooked, fork the pieces out one at a time and using two forks, pull off the chicken. 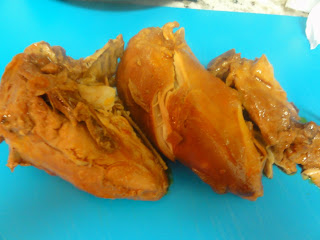 The chicken will literally fall off the bone. 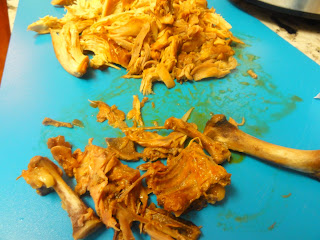 It's hot though so be careful! After you've pulled the chicken off, put it back in the pot for another 10 minutes so it can soak in more of the BBQ sauce.  I served it on a hot dog bun with potato chips. 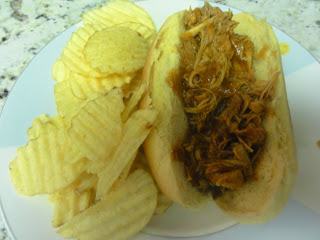 I was incredibly satisfied as were my dinner guests. I also had a lot of leftovers! I ate it with yellow rice and it was incredible! I highly recommend this easy recipe when you really don't know what to make but would like to feed a crowd.
Hungry yet?
Posted by Lady T at 3:35 PM