Of course last night’s dinner had to be accompanied with dessert.  I decided on pound cake early in the day.  I don’t know why I had my heart set on it considering I’ve never made it before.
I spent a good portion of my day evaluating different recipes and while I’m not as big a fan of him as others, I settled on Alton Brown’s recipe.  I was quite nervous about making this because I read a lot of pound cake reviews that said it could be dry.  Silly Mr. Brown actually used a pound of everything which is difficult when you don’t have a kitchen scale…I know I know I will get one.
Ingredients:
4 sticks butter, cut into pieces and softened, plus 1 tablespoon
3 cups all purpose flour, plus 2 tablespoons
3 cups sugar
9 large eggs, room temperature
1 teaspoon vanilla extract
½ teaspoon salt
1 teaspoon baking powder 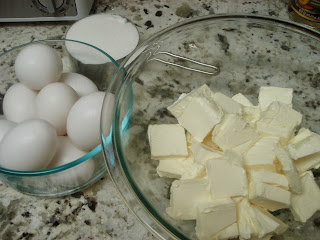 Coat 2 9x5-inch loaf pans with 1 tablespoon of butter and dust wit 2 tablespoons of flour.
Cream together the 4 sticks of butter and the sugar in a large bowl with a hand mixer for 5 minutes on medium speed.  Stop a couple of times to scrape down the sides of the bowl with a spatula. (Mr. Brown’s recipe calls for a stand mixer). 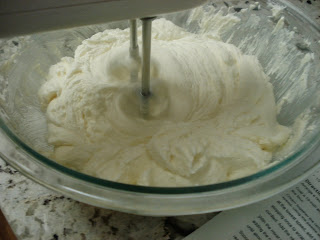 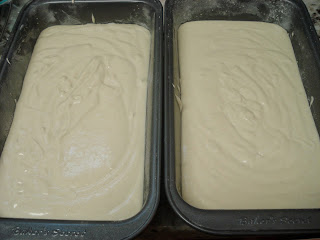 Bake for 50 minutes. The top will be golden brown and springs back when pressed, but the crack around the center will appear moist.
Remove the cake from the oven to a cooling rack for 10 minutes.  Remove the cakes from the pans and cool on the rack. 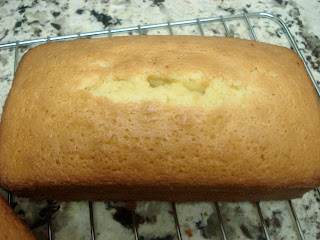 I was really hesitant about making this recipe.  The measurements were different, I added baking powder and used a hand mixer.  In the end it worked out and I was pretty happy with the results, as were my guests. 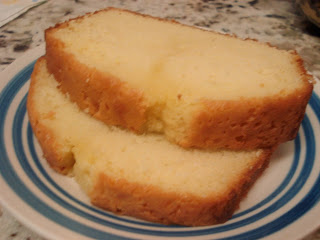