The first time I went to Puerto Rico, I read about this restaurant and I must admit it was the name more than anything else that had me interested.  But then I went there and had AMAZING curry chicken.  I returned several times during that week and vowed to return whenever I made it back to Puerto Rico. 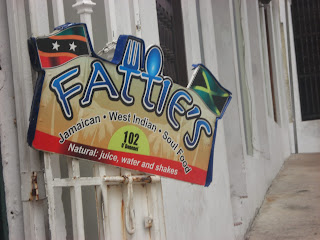 Unfortunately, I was not able to enjoy the curry chicken this time because there was no running water in Old San Juan.  Luckily, they still were able to make a couple of dishes for us.  I ordered the fried chicken breast and yellow rice with corn. 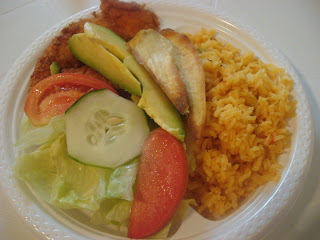 I know it doesn’t look spectacular and is really more like chicken fingers, but I assure you whatever she used to season and fry that chicken was very impressive.  Bestie ordered the pork chop with white rice and beans. 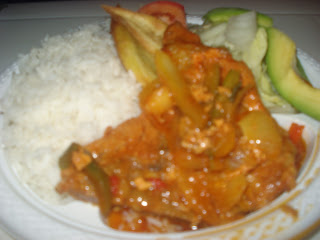 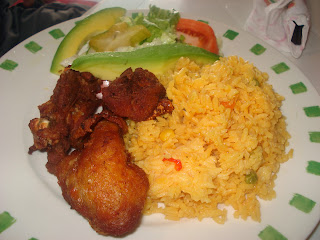 The fried chicken was even better than the chicken breasts.  WOW it was fantastic.  Packed with flavor and juicy!  Mr. A also ordered the chicken, but his wife went with the pork chops, at least initially.

There was some plate swapping that eventually happened.  Between the two of them though they cleaned up both plates.  Fattie’s is a hole in the wall if I’ve ever been to one, but I tell you it is the best hole in the wall I’ve ever been to! The owner is kind and definitely chats it up with you if you’re open to it.  When I was there with Mr. A and his wife, she brought us some cassava fritters which were awesome.  The lunch special is $6 and totally worth it. I will return to Fattie’s every time I go to Puerto Rico – even if it’s a hunt for curry chicken that doesn’t show up on the menu often enough.
Hungry yet?
Posted by Lady T at 8:00 AM