While there are plenty of benefits to living in NYC, there are definitely some downsides.  The biggest downside that I see is not having a backyard, especially in the summer! Sure there’s the deck outside my window, but we’re not allowed to use a grill out there!
Lucky for me, home is just a short ride away and going home was just what I needed today.  First I made a trip to the grocery store where meat and fish was so affordable it was unbelievable. 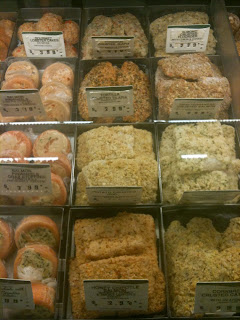 After picking out a few items, I headed home where things were already happening in the kitchen. 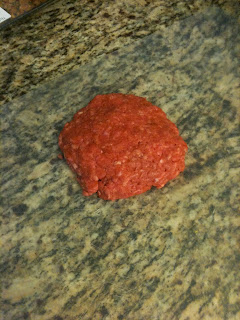 My younger brothers were on a mission to make some great burgers.  I didn’t get any videos but I took several shots. 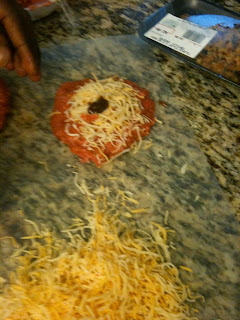 Yup they decided to throw some cheese in the middle and a dollop of BBQ sauce.  Looks like everything turned out fine. 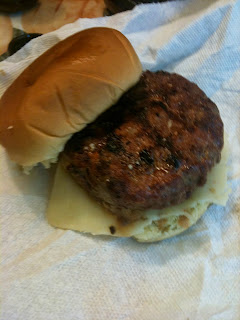 Mama bear also decided to make some chicken skewers.  Not sure what she put on them but they were de-lish!  I made some BBQ chicken.  Seasoned for a bit in a Ziploc bags with salt, black pepper, BBQ sauce and chili pepper. 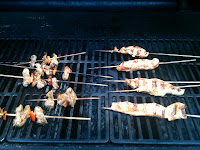 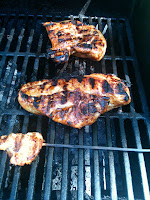 Magic on the grill.  We also had some shrimp skewers seasoned in store bought jerk sauce that was nay the best, but it did its job. 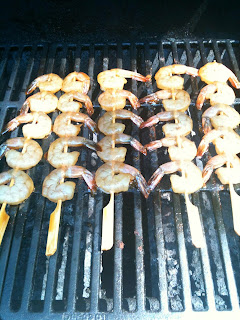 I love going home, I love backyard BBQs, and I love food!
Hungry yet?
BONUS: I stopped by to say hi to Z&Z and was happy to eat the most delicious and moist piece of pumpkin loaf I have EVER had!  Courtesy of Ms. E’s mom. YUMMY! 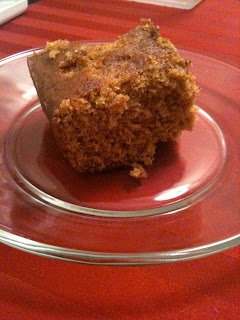