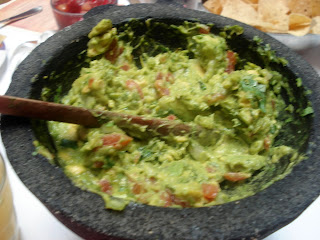 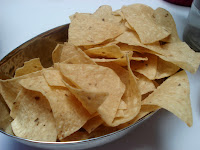 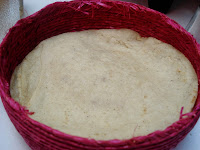 The Salad was comprised of Bibb lettuce, tangerine and blood orange segments, crisp watercress and radishes and dressed with hibiscus vinaigrette. 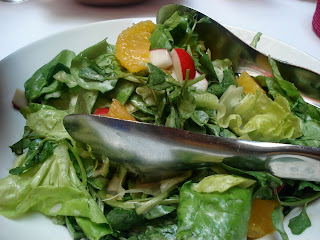 While the salads had all the right ingredients, the lettuce pieces were huge and the vinaigrette was a little bit salty.  Although in fairness, I put it on the same plate as my salted tortilla chips so perhaps I made them salty.
For my entrée, I selected Salmon Manchamanteles.  Grilled organic salmon over black beans with zucchini and roasted corn, mole of ancho chiles and grilled pineapple. 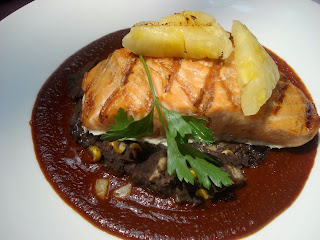 The salmon was medium which was perfect.  The mole was incredibly flavorful.  Ancho chilies were not too spicy and went great with the black beans.  The pineapple felt misplaced in this dish and almost like a summery afterthought.  It photographed well, but added no value to the meal.
One of the other options was Tacos de Carne Asada.  Luckily one of the other guests was kind enough to photograph her dish for me. 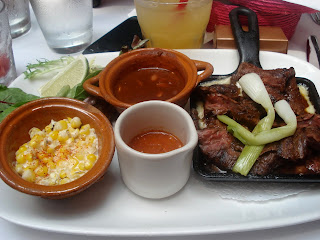 Grilled marinated steak served in a cast iron skillet with Chihuahua cheese, red bean chorizo chili, house slaw, chile de arbol salsa and warm corn tortillas.
The third option was Enchiladas Suizas, but no one at my table ordered that dish.
The entrees were served with house rice and refried black beans. 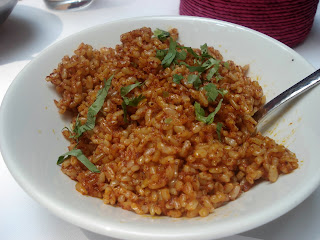 The rice was spicy but tasted slightly undercooked.  The refried beans were perfect, but I didn’t need to add much to my plate considering I already received a healthy portion. 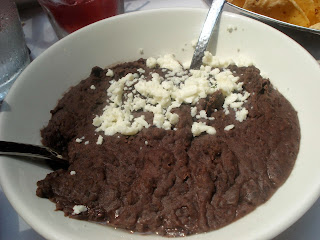 After the entrees and a few games, we were served dessert.  Churros en una bolsa and seasonal fresh fruit. 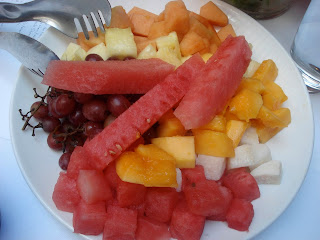 Sad to say I didn’t try the churros, but they looked really delicious. 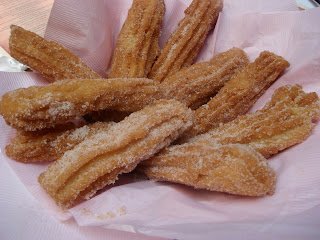 Rosa Mexicano is a restaurant that offers great options not just for individual meals but for groups as well.  Their private room was perfect for the bridal shower and I was filled to the brim by the time I left.
Hungry yet?
Posted by Lady T at 5:13 PM