BBQ, The Very Best and Black Nature @ The Independent

One of Mr. G’s college friends lives in the SF area.  He invited us to a Memorial Day BBQ at the house of a couple of his colleagues.  Upon entering their home on Broderick, I realized that San Francisco has amazing homes.  Although I’ve heard it’s just as expensive as New York, if not more so, I have noticed that the spaces are much larger.
On to the food...Mr. H was working that grill. 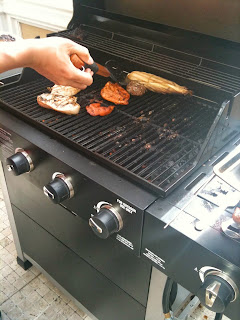 Although I don’t eat beef, I was very impressed to see that he made blue burgers (hamburgers with blue cheese in the middle).  They looked very juicy and Mr. G, as well as many other BBQ attendees, noted that the burgers were amazing. 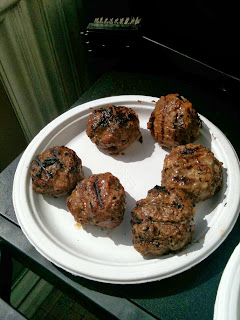 I stuck to the BBQ chicken.  Wowee! Very well seasoned and grilled to perfection!  It was still juicy, which isn’t always the case when you get food off the grill. 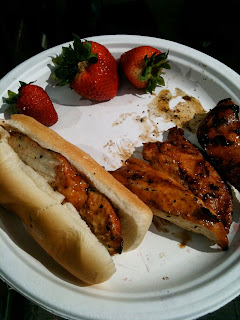 Mr. H also hooked it up with corn.  It was very sweet and did not require any condiments. 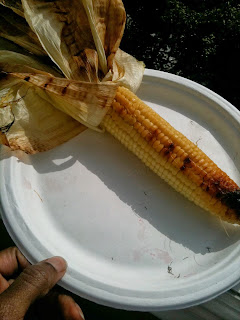 The chill started to set in and the party was dying down so Mr. G and I headed to Café Abir on the corner of Divisadero and Fulton.  The Cafe is very chill and it's the kind of place where you can have one cup of tea or coffee and then stay and work for the rest of the day.  I saw a lot of people with laptops and even a couple of people studying frantically for the bar exam.  Eeek!  The cafe is also connected to a wine shop and sushi restaurant.  We stayed in the Café area.  I was very happy with the black tea with honey.  It warmed me up just right for the walk to The Independent. 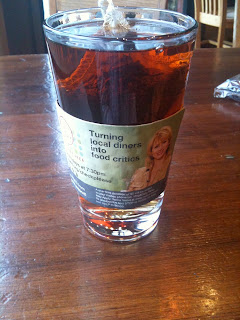 Mr. G scored concert tickets to The Very Best (TVB) at The Independent.  I had never heard of them, but was down to try something new.  We arrived while the opening act was still on.  I’m not certain, but I think their group name was Black Nature.  The lead singer is from Sierra Leone and definitely enjoyed hopping and dancing around the stage.  He had a pretty good voice and the band sounded very energetic.  Great stage presence.  They had a slightly Bob Marley-ish reggae sound, but obviously not as great as the man himself. 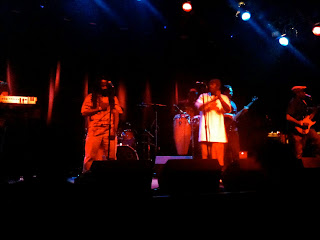 Next up TVB!  The lead singer Esau is from Malawi.  The DJ and the man in the dredlocks may or may not have been part of the band, it was unclear.  I wondered how they got together, thankfully there’s Wikipedia.  They definitely have a following and there were many people who were very hyped to be there.   I was quite shocked that most of the lyrics were not in English yet so many people were about it.  The band sounded great and it was like a big dance party.  At one point, they invited people on stage.  I of course decided to go up there, I mean why not?! 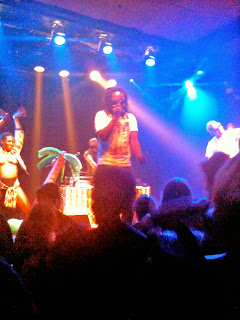 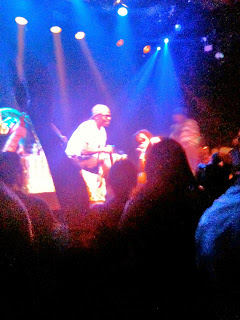 The band closed out with a song that used the song from Free Willy.  You can’t go wrong if you close out with Michael Jackson.  Everyone loved it and I was happy to be a part of such a feel good atmosphere.  I will likely be listening to the many tracks featured on their My Space page.  Enjoy!
Posted by Lady T at 11:18 PM