Despite a very late night, Mr. G and I were able to get up and catch a cab at 7am to head to San Fran.  Our flight left 10 minutes late, but arrived in San Fran over an hour early!! Yippee! We headed to our palatial studio apartment that we rented from Airbnb.  Isn't it amazing?! 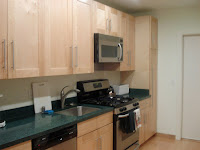 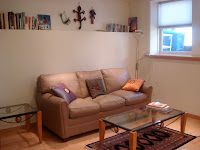 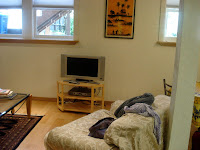 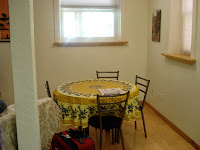 Feeling pretty good, we ventured to Chloe's Cafe on 26th and Church for an amazing brunch! 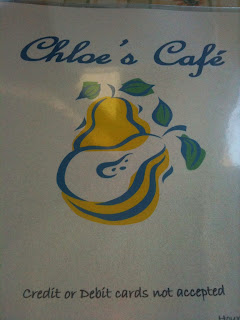 I ordered smoked salmon scrambled eggs which came with hash browns and a bagel.  I was very pleased to see they served it with ketchup and jam.  I didn't have to ask for anything more.  The hash browns were well cooked and full of flavor.  They could have added peppers and onions, but it didn't feel like they were missing anything without it. 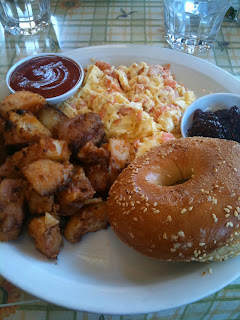 Mr. G ordered the special scrambled with goat cheese artichokes and peppers.  Both meals were spectacular. 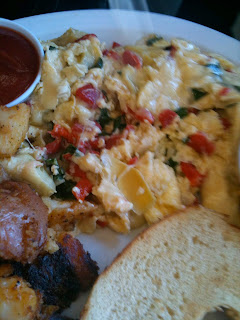 We then took a walk from Noe Valley to the Mission.  We passed Mission Dolores Park, the sunniest part of San Francisco. 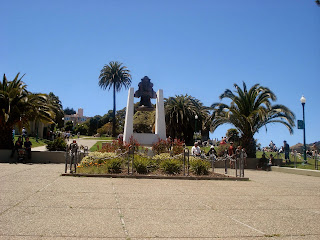 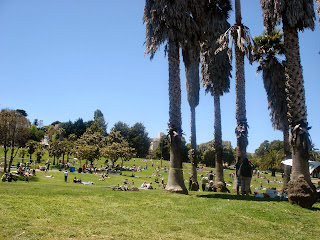 Once in the mission we met up with Mr. D and Ms. B, fellow lawyer and lawyer in training.  We saw some pretty cool graffiti, perhaps Mr. G will share his photos.  We definitely worked up an appetite with that walk.  Luckily Mr. D knew just where to go. 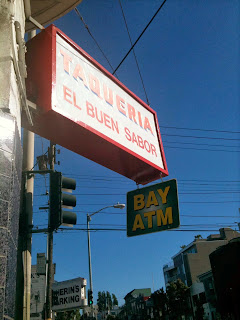 Apparently this little taqueria is what inspired Chipotle.  God bless them.  Their food was amazing.  We ordered 1 chicken soft taco and a veggie nacho tray. 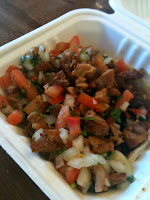 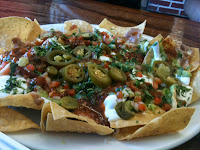 We scarfed that down with a quickness.  I now understand why so many say Chipotle is not that good.  Something tells me I'll still be able to go back.  During our walk, we encountered a second hand store where I scored an awesome cross body bag for less than the cost of a Starbucks Frappucino!  It started getting chilly so Mr. G and I hoped on a trolley and headed back to get ready for dinner. 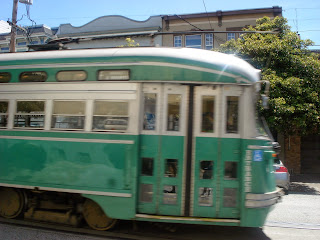 So excited for the deliciousness that awaits us!!