Mr. G and I have a great night ahead since we're planning to dine at Ms. O's.  We're not heading there for a few hours so we thought a quick light snack would be perfect.  We went to a sushi restaurant on the UWS. If you can even call it that.

We should have known when we walked in that it wouldn't be a promising experience.  It was practically empty in there but we figured since it was an odd hour that might account for why there were only 2 tables occupied.  We asked about the special and got a less than stellar response when she told us it was written on the board outside.  We ordered the spicy red tuna special, spicy lobster roll and spicy king crab roll (notice a pattern?). 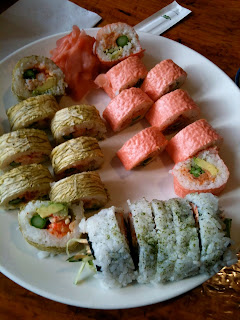 Looks suspicious right?  Yea I've never seen sushi that color either.  But at least it's color coded.  Green is the lobster. Pink is the tuna.  Crab is the one that looks like a sushi roll should.  I thought starting with the lobster would be a good look because that's my favorite at another sushi place that we enjoy.  It was disgusting.  There was waaay too much rice and barely any lobster.  The lobster also didn't taste like anything! 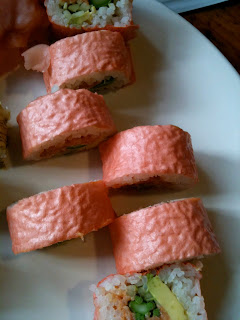 Next up, tuna. I thought oh there's no way to mess tuna up I'm sure this is fine.  Again GROSS.  Also had too much rice and no distinct taste. 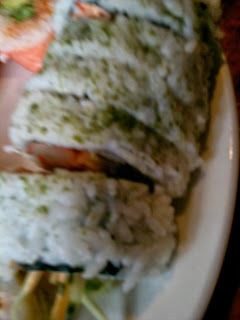 The only part that wasn't terrible.  The crab was good.  It also had too much rice and was cut too thin but at least it had flavor.  Overall a terrible experience.  It was so bad that we couldn't even finish it. 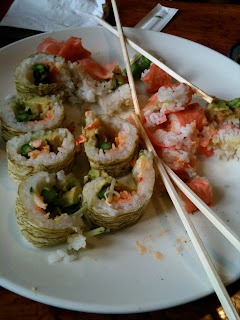 We did stop and get some ice cream to get the awful taste out of our mouth. 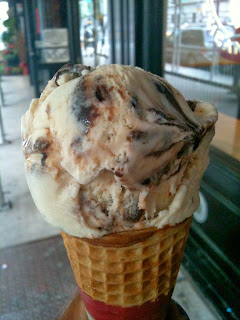