Looks like a weekend full of birthdays.  Tomorrow is Mr. G’s older brother’s birthday. His girlfriend, Ms. S was kind enough to cook a birthday dinner for a few friends.
The meal started off with a couple of appetizers.  Shrimp cocktail and Guacamole. 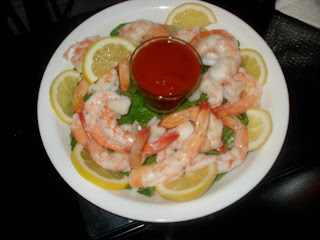 The shrimp cocktail was pretty standard.  The Guacamole was extraordinary.  She made it herself, which made it even more remarkable.  The ingredients were fresh and the avocado was perfectly ripe. 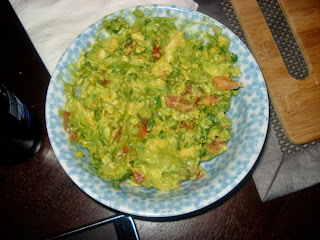 Apparently, she was trying to redeem herself from a previous less than stellar cooking experience.  She decided on a Dominican dish, Sofrito Chicken.  I was able to snap a picture of the chicken when it first entered the slow cooker. 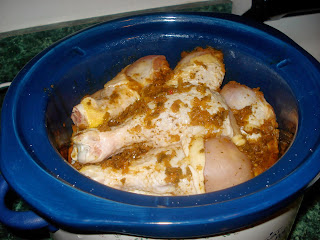 7-10 hours later, the meal was served.  Amazingly delicious.  It was well put together.  The chicken fell off the bone.  I didn’t even need a knife!  The rice and beans were also really good. 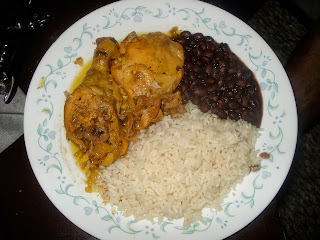 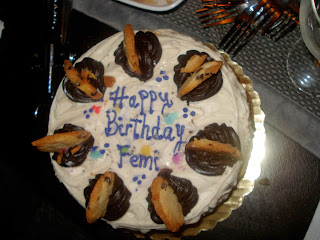 A great Sunday night meal.  Hopefully this week will include more home cooking.  I haven’t cooked in over a week!
Hungry yet?
Posted by Lady T at 11:28 PM